Thanks for your booking with Aotea Electric Auckland, One of our team will come back to you within 4 hours (Business days only).
If the job is urgent, please call 09 415 2074.

Our communications team installed 5 data cabinets across 2 sites including The Hangar. 500m+ of cat6A cables installed, terminated, labelled and tested.

The Hangar is just 25m from the water’s edge in the stunning Catalina Bay precinct. This award-winning, purpose-built coworking space is dedicated to inspire, invigorate and advance freelancers, entrepreneurs and businesses to the next level.

Little Creatures hoppy adventure in Catalina Bay began in February 2019, and Aotea Electric Auckland came along for the ride. Hobsonville Point was know for being rich and interesting aviation history within the area.  What once was a military base, was also the birthplace of the commercial aviation industry in New Zealand.

During WW2, Hangars were a crucial element to the Hobsonville Point Air Base, for both storing and repairing helicopters, planes and seaplanes (some of which we’re up to 34 meters wide!) Hangars like these, have allowed for the preservation of aircrafts for over 80 years, which still remain in pristine viewing condition. 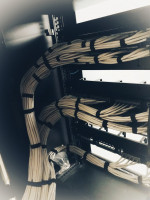 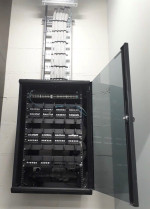 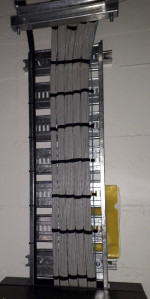 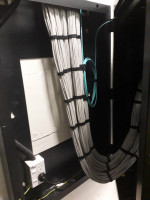 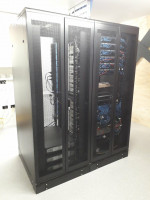